In addition to Hog Roast East Finchley catering at events across the country, we are also the UK’s largest suppliers of hog roasting equipment! No matter if you are a novice caterer or a stellar chef, we will have a machine for you! Not only do we supply high quality hog roasting equipment to members of the public but also to fellow caterers. In fact, we recently had a machines enquiry from Jack who is the owner of a local catering business. 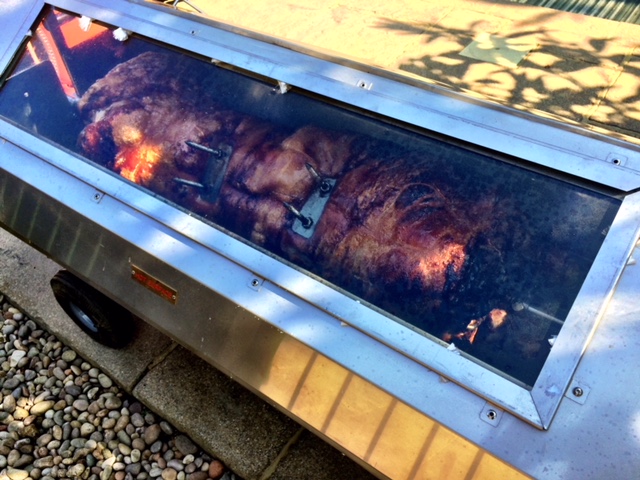 Jack first got in touch after having a request from one of his clients for a hog roast at their event. At the time Jack had had to decline their event as he had no way of preparing a hog roast with the catering equipment he already owned and so from then on was on the hunt for a supplier. After being recommended to us by one of his friends, Jack was eager to purchase one of our Hog Roast East Finchley machines. However, and rightfully so, he wanted to try out one of our machines before purchasing. Our Hog Roast East Finchley team were more than happy to help and suggested that Jack could visit our factory and/or hire out a machine for one of his events first.

Jack chose the latter and we arranged with him to deliver the Titan machine to one of his events. We also included all the produce he would need included a locally sourced hog to roast and ingredients for all the accompaniments. Upon delivery we also showed Jack how to use the Titan and reminded him that we are only ever a phone call away should he have any questions- although the Titans intuitive design would mean he should have no problems.

When we returned to collect the machine, Jack told us he had enjoyed using it so much and had received such good feedback from his event that he would like to purchase it there and then! We couldn’t have asked for a better result!