A long time ago, well a few hundred years ago actually, a man or woman decided that it would be a great idea to try and cook a huge pig rather than just bits of it. ‘Let’s put it on a pole and cook it over a fire’, was the basic suggestion. And guess what, it worked a treat. The spit roast pig was born (or cooked more like) and hundreds of years later, we are still enjoying the fantastic taste of spit roast and hog roast pig. In fact we are enjoying it more than ever, with more and more people wanting a slice of the hog roast action.

So what is the issue? Well, there isn’t one. The question ‘is it cheating’ really does not apply. Yes, a hog roast machine doesn’t turn the meat in the same way a spit roast does but the principle is the same; it cooks the meat, making it taste pretty amazing. Now some people might say that it it’s not the same but I would say to them this: do you milk your own cow when you make a cup of coffee? Do you mill your own flour and bake your own bread when you want a sandwich? Do you grow your own wheat and make your own pasta before you make a spaghetti Bolognese? The chances are that they would say no, and that’s because times move on. Why settle for an old way of doing things when the modern way can be far more effective and taste even better?

Of course, if you choose to use one of our spit roast machines then you are even nearer to the medieval style of cooking a pig as this does use a turning spit to cook the pig, but the open fire is absent, and with very good reason. Safety. We all laugh and joke about health and safety sometimes but, behind the jokes, there is often some common sense. Can you imagine what a hotel or venue manager would say if you wanted to erect a huge fire over which to conduct a spit roast? They would have a pink fit. It simply would not be allowed. Even some outdoor locations would not permit an open fire for safety reasons. And with so many hog roast events being family friendly events and children running around, an open fire would simply be out of the question.

Had the medieval folk who invented the hog roast had the technology and design expertise that we have today (along with bottled gas) then I have no doubt that they would be exactly what we do now, cooking pigs using hog roast or spit roast machines. It’s called progress and is in no way cheating. If you really want to cheat when it comes to catering, tell people that the food is special then pop down to the frozen section at the supermarket and cook some of that stuff. Now that really is cheating! 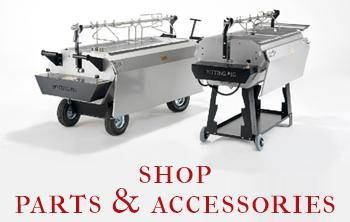 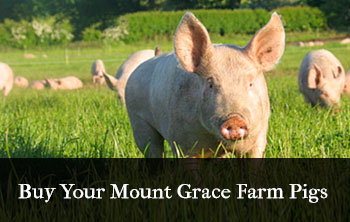