This week was the Creative University Fayre, an event that sees all the universities from across the country congregate for a Fayre that showcases all the different creative courses they offer. The event is held for sixth form and college students who are interested in undertaking a creative discipline for study, and sees over 1,000 guests, comprised of students, teachers and assistants. With such high numbers of people for an all-day event, the organisers wanted to ensure that food would be available, and so they contacted us at Hog Roast Lincoln. 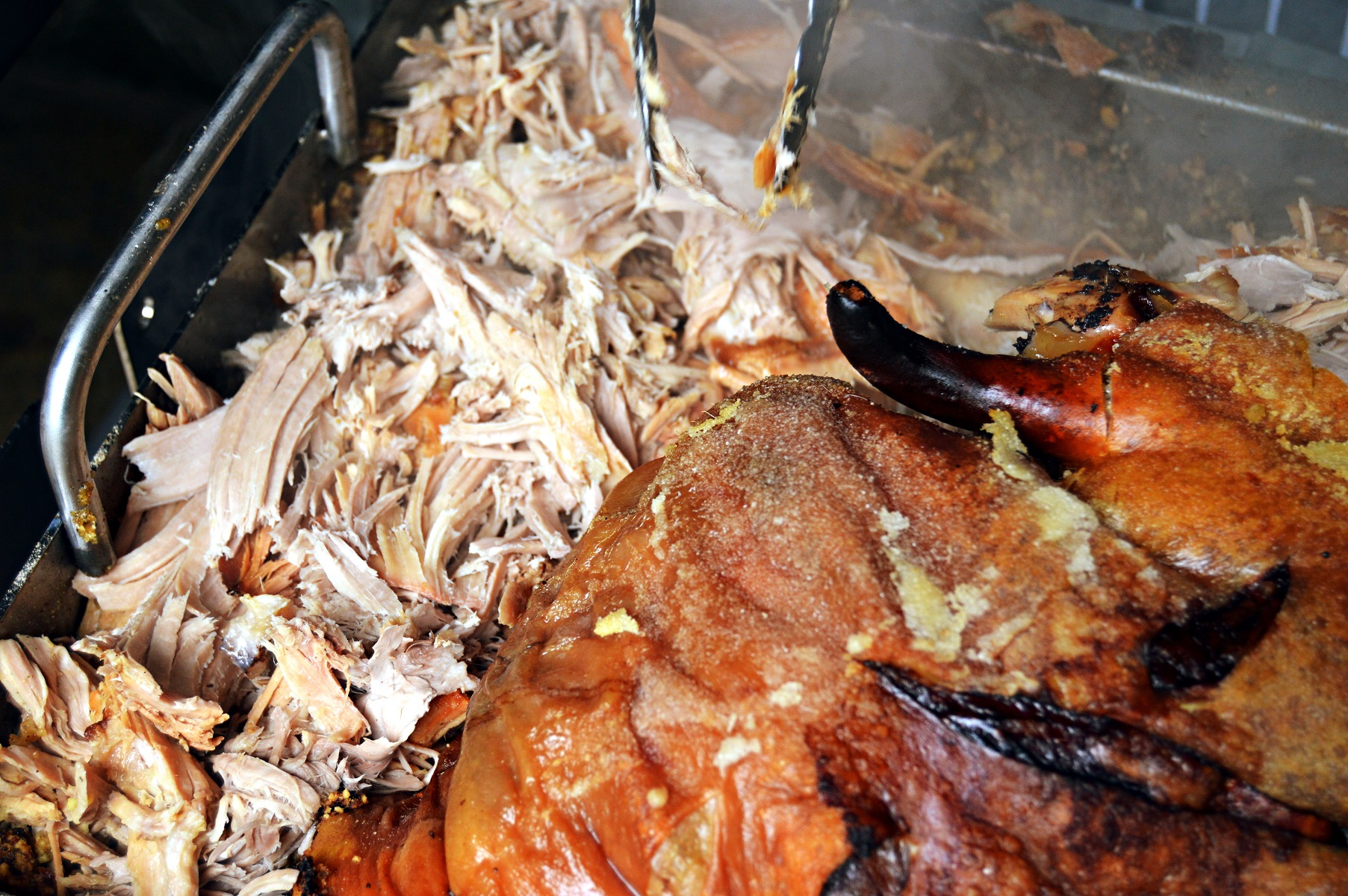 The man responsible for organising the event was called Darren. He spoke with us about the particulars of his event, such as date, time and choice of menu. He asked us to provide Pigs in Buns as well as a selection of vegetarian alternatives, and sides. There would also be a dining area set up with cutlery, crockery and napkins for the guests.

When the day of the event arrived, we were on site for six in the morning in order to have everything ready for the twelve o’clock serve time. The event was held in a large conference centre that was large enough to hold the vast amounts of students and university stalls. The team from Hog Roast Lincoln set to work laying all the preparations, with the chef, butchering the hog and placing it on the machine to roast, (we also brought a second hog due to the high number of guests) and also begun preparing the vegetarian alternatives of grilled Halloumi Wraps with tangy Tzatziki sauce. All the while our catering assistants helped the event organiser to set up the dining area. Students began to arrive by 10AM and food was served by 12 noon.

Most of the students opted for the Pigs in Buns, but our Halloumi Wraps proved to be tasty with many vegetarian students commenting on just enjoyable they were. In addition to the wonderful food laid on by the team at Hog Roast Lincoln, the students got a taste of what is waiting for them at university, thanks to the wonderful talks and contributions made by the universities at the creative fayre.