Recently, the Hog Roast Isle of Wight Team were hired by David for his son’s 15th birthday party. David was hosting the party at his house and wanted to make sure that it was really special/ The Hog Roast team provided the party with their Private Party Menu Two. David chose this menu after it was recommended by a friend who had tried it at their event and thought it tasted delicious. The team provided all their own equipment and cleaned up afterwards saving David the hassle and allowing the guests to enjoy themselves. The team served their food outside under a gazebo so that it was shaded from the sun and tasted fresh. 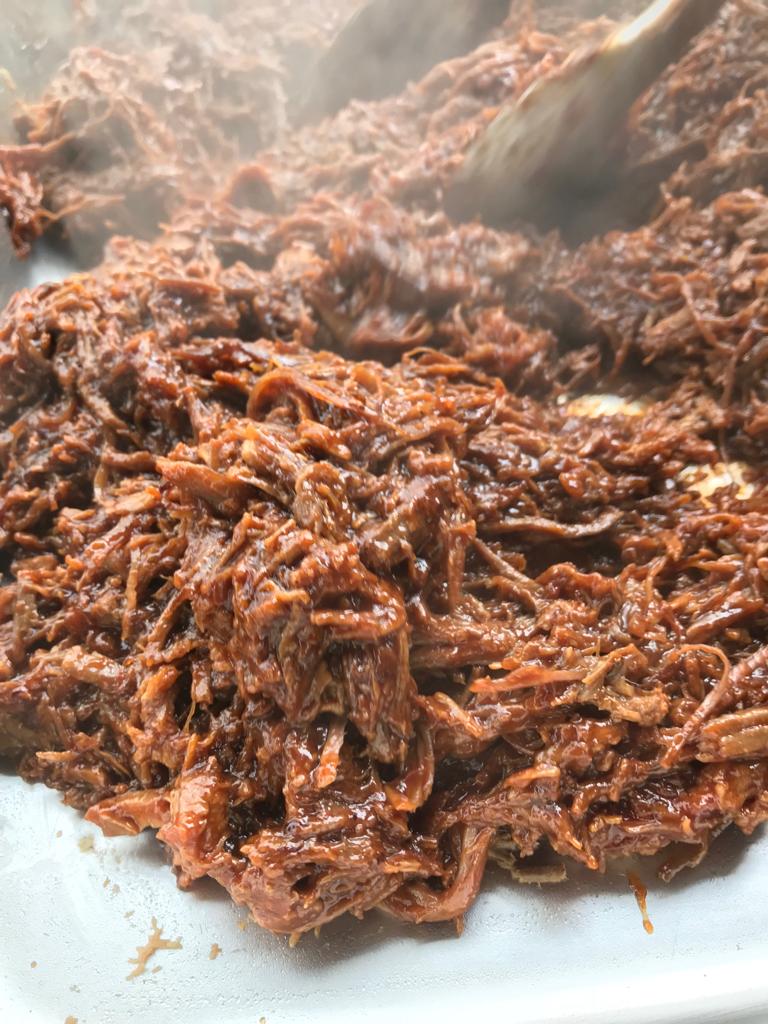 The Southern Slow Roast buffet that was presented to David didn’t disappoint him. It featured fall off the bone Louisiana sticky pork ribs, Creole pulled quarter of spiced lamb and Texan 24 hour beef brisket. Alongside these were a variety of hot and spicy specialty sauces to add extra flavour to the Hog Roast Isle of Wight team’s main meats. In addition, the buffet also included corn cobettes, mac and cheese, skin on southern style whole baked potatoes and Cajun spiced sweet potato fries. Alongside the meats, the team also served a vegetarian option of vegetable and halloumi wraps with Tzatziki sauce and pitta breads.

David was really impressed with how the team’s chefs worked tirelessly to ensure that all of the meat was cooked to perfection. The team’s Head Chef made sure that all of the food was of the highest quality to meet to usual high standards of the Hog Roast Isle of Wight team’s food. The team also provided all of their own equipment and used professional Hog Master machines to cook all of the meat. The team also provided disposable crockery, cutlery and napkins so David did not have to worry about organising any part of the buffet. After the service, the team cleared all of their waste and equipment away quickly and discreetly and took it away with them leaving her garden spotless. Emily was really pleased that all of her guests had a fantastic night and were very happy with the delicious food.